Restoring a wall and a tradition

Our fishpond restoration project was featured on the front page of The Maui News on December 13, 2015! Check out our article. 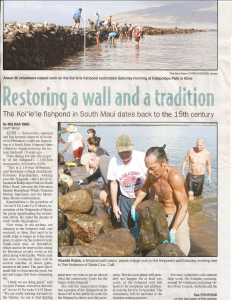 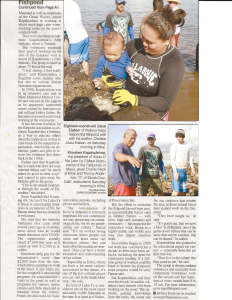 Crews back at work on fishpond

Posted On 4th February 2009 ~ Comments Off on Ko`ie`ie Fishpond Community Work Day on February 14th
Are you looking for a way to give back to Maui and enjoy a Hawaiian cultural experience at the same time? `Ao`ao O Na Loko